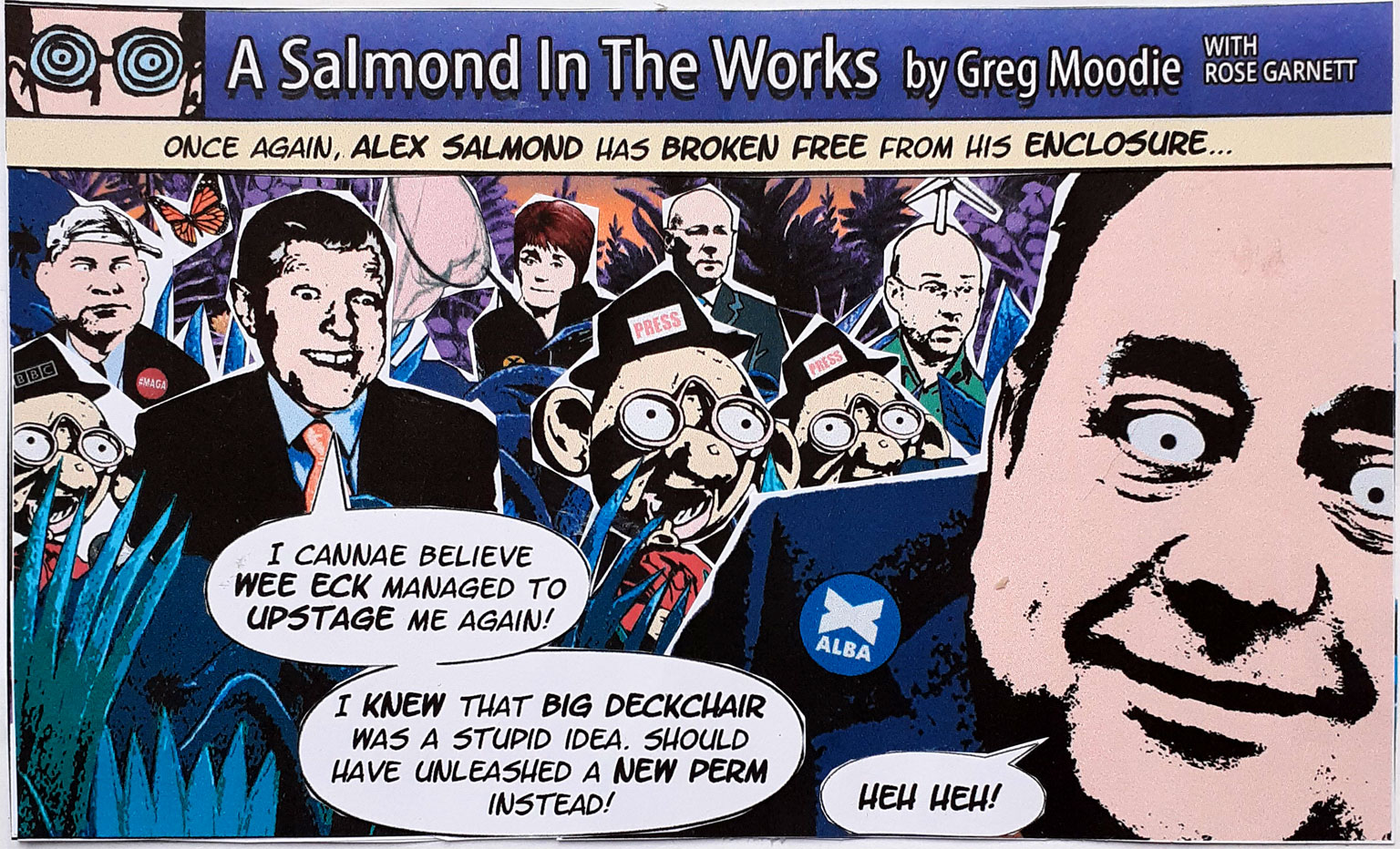 Share on TwitterShare on FacebookShare on Pinterest
In a surprise move, former First Minister Alex Salmond announced he would be fronting the newly-formed Alba party and standing in May's election as a list-only choice. Reaction in the independence movement was divided, but politicians were universally critical. The announcement somewhat overshadowed Willie Rennie's beach-based campaign launch, photographed in a giant yellow deckchair.