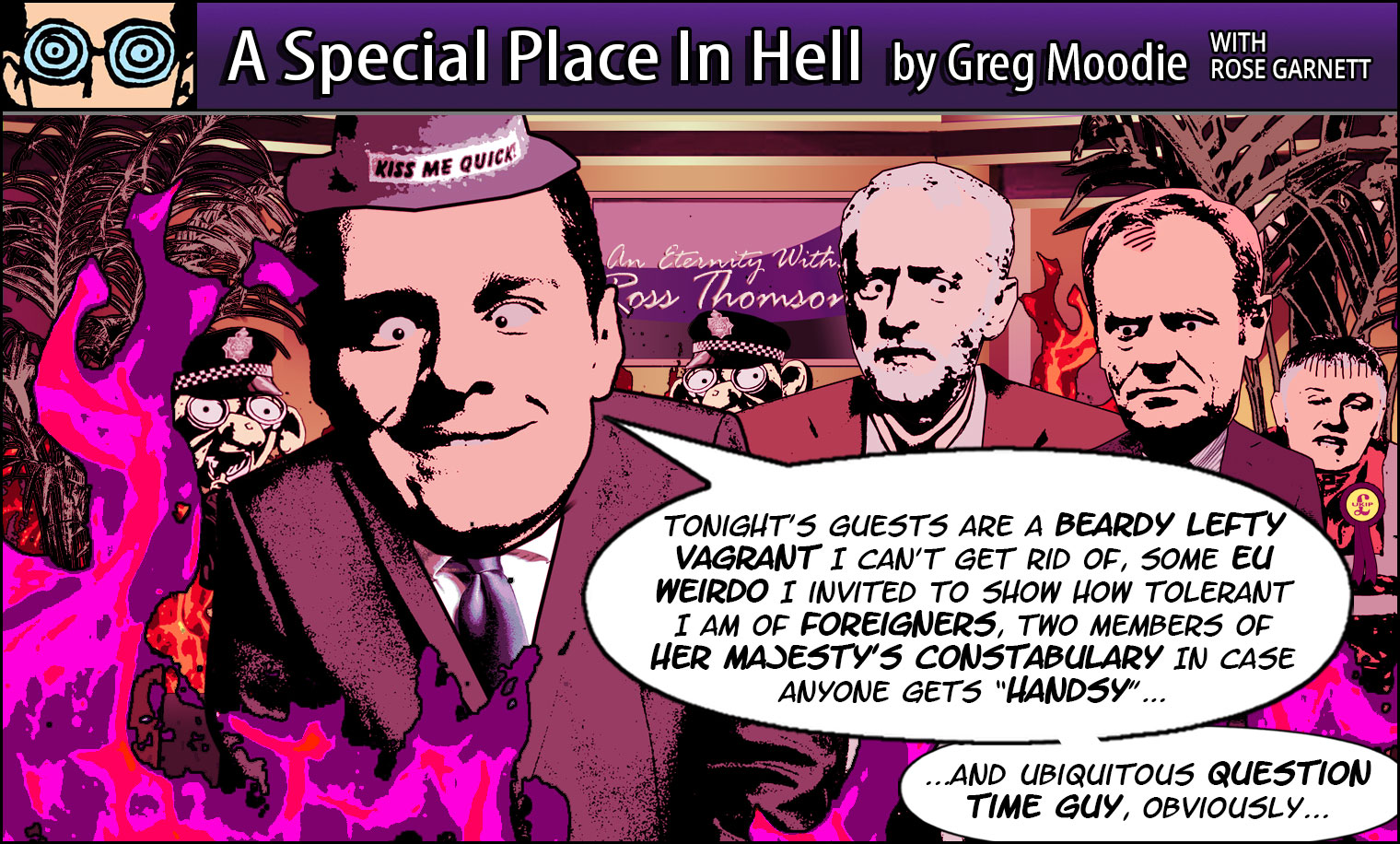 Share on TwitterShare on FacebookShare on Pinterest
European Council President Donald Tusk said there would be “a special place in hell” for those who led the Brexit campaign with no idea of how it might work. Ross Thomson MP, accused of being uproariously drunk and "handsy" with young men in a Westminster bar, had to be escorted from the premises. And failed Ukip candidate Billy Mitchell makes his FOURTH appearance in the audience of BBC's Question Time.