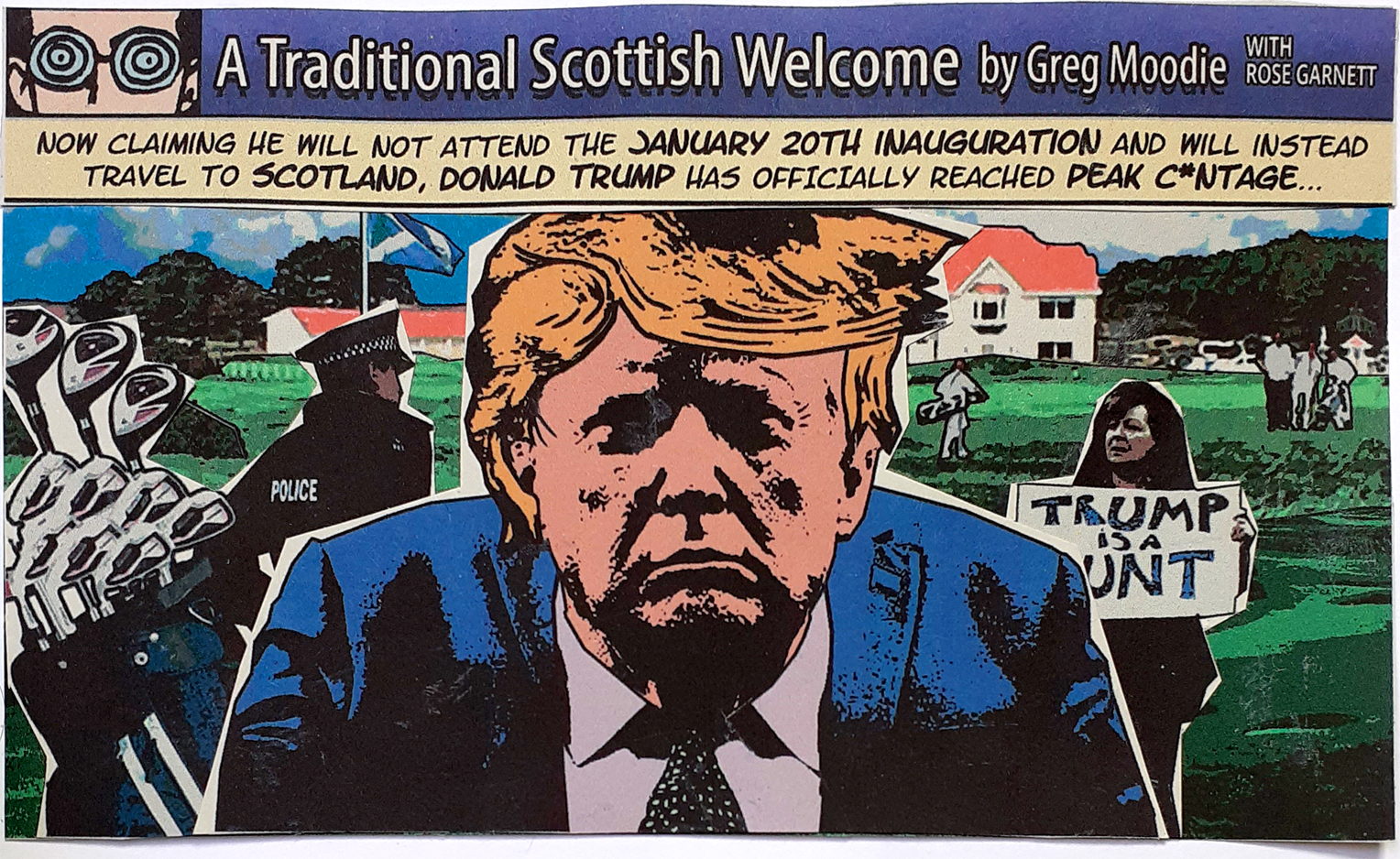 Share on TwitterShare on FacebookShare on Pinterest
A more undignified end to Trump's presidency would be hard to imagine. Having incited his supporters to riot, he then tweeted that he would not be attending Joe Biden's January 20th inauguration, before being banned from all social media platforms. Meanwhile it was reported that a flight was scheduled to take Trump to Scotland on the same day. A second impeachment is still a possibility.