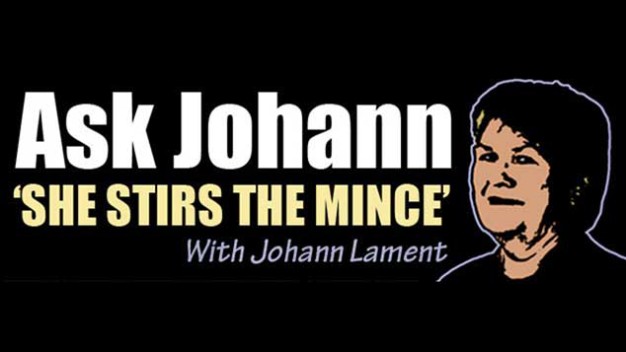 I’m concerned about the No campaign’s chosen moniker, 'Better Together.' It’s pleasant enough sounding but surely the word ‘better’ is a relative term which begs the question ‘better than what?’ Certainly the status quo is better than having your scrotum twisted in a vice or having to swing weights from your nipples but is that a strong enough vision for the future?

Ah agree son, the campaign slogan is mince. Ah’ve gave this some considerable thought and Ah’ve came up wi’ a few ideas...

‘Weer better aff no apart so we ur’

As a member of the Free Church I believe Man’s main duties in life are to know, love and glorify God, and to talk utter balls about Scottish independence. I long for simpler times when advocates of separation could be burnt at the stake. Can you give me any comfort in my hour of need?

Ah think Christianity as ah whole is like a library: It’s a good idea bit it’s fu’ o’ weirdos and people bein’ inappropriate in the weans section. Enjoy it while ye can though, because if the NATS go INDY aw yer bibles wull hiv tae be translated intae Gaelic...FACT!..... Laters Marty.

As we now know, Jimmy Carr is to blame for the UK recession and not years of economic mismanagement by Tories wearing Labour Party hats. Given your inevitable rise to First Minister at the next Scottish election, how do you and Jimmy plan to stimulate growth?

We aw like tae put a bit aside fur a rainy day but Jimmy Carr’s better prepared than Noah. Hings are lookin’ up noo though as the Tories hiv put Harry Redknapp in cherge o’ the HMRC. As for stimulatin’ growth, me and wee Gordy have hud apprenticeship programmes fur years and aw those wee boys are learnin’ tae play the flute. IF ye’s go INDY, wee Gordy wull take ees ane life!.......FACT!

I agree with Ed Miliband. Whilst acknowledging the economic, social and cultural benefits of immigration I too would prefer it didn't involve foreigners. Wouldn’t we be better off if the jobs taken by migrant workers were returned to the British who rejected them in the first place?

Aye son. If ye go INDY the NATS ur gauny let everybody intae Scotland that kin work oot how many o' therr bawbees ye get tae a pound..... FACT! Except the Greeks, cos therr aw gonnae be butlers for the Germans.

Rather than invest £100bn in something useful, I believe this money should be spent on nuclear weapons. When it was announced that an independent Scotland would not benefit from these, I messed my trousers. What exactly would happen to our beloved missiles in the event of so-called separation?

I live in the Scottish Borders and unfortunately my bathroom happens to be in England. I imagine there will be dire consequences if, in an independent Scotland, I get caught short. Am I worrying without cause?

If the NATS go INDY, a big wire fence is tae be built through yer hoose wi a wee gate...FACT! Yer lavvie wull hiv a watter meter as it’s across the border. Ye might hiv tae move the bog intae yer livin’ room and make yer toilet a cupboard.

I’m a big fan of your column. When I was captured and taken hostage by terrorists on the fringes of Fallujah I paid one of my captors in Irn Bru to have a letter to you smuggled out. I was distraught and feared for my safety. You were able to reassure me that terrorism is thirsty work and that as long as the Irn Bru didn’t run out I was probably in no danger. I have since converted to Islam and have become a poster child for Stockholm Syndrome, although I have no idea what that is. Thanks again.