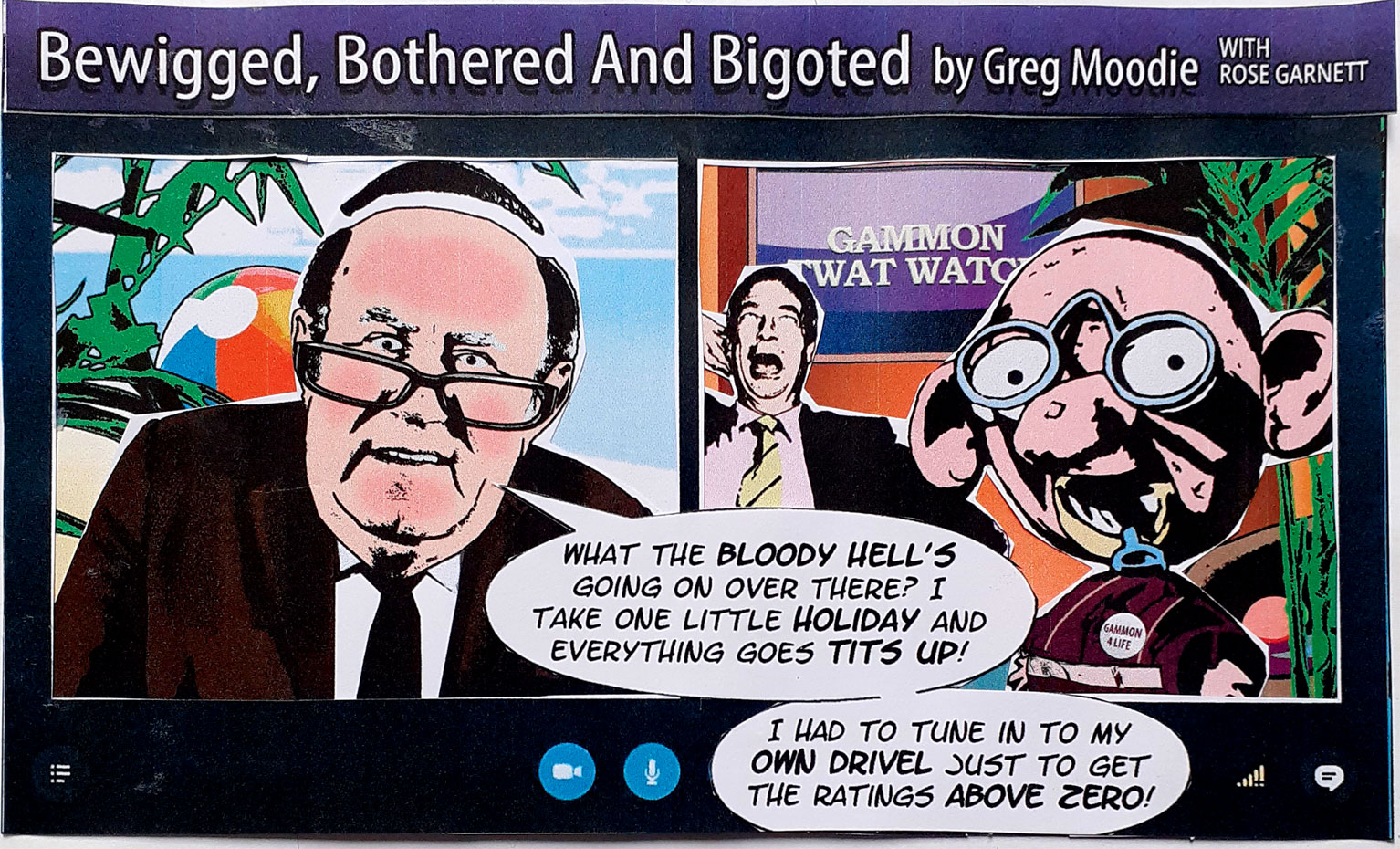 Share on TwitterShare on FacebookShare on Pinterest
After a presenter on Andrew Neil's GB News made the symbolic anti-racism taking the knee pose, viewers staged a boycott to the extent that ratings at times dropped to zero. Meanwhile Nigel Farage was given his own show on the station, Ruth Davidson chose the fittingly pompous name Baroness Davidson of Lundin Links for the house of lords, and far right nutter Katie Hopkins flew to Australia for a broadcast gig then got fired.