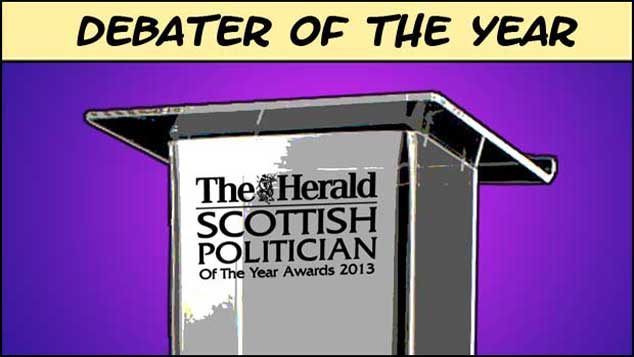 Share on TwitterShare on FacebookShare on Pinterest
Johann Lamont won Debater of the Year at the Herald's Scottish Politician of the Year Awards 2013. Yes, really. (I took a lot of flak for this cartoon as it was assumed I was making fun of the way she spoke or that she was working class. I'm working class and often speak this way so I didn't really see it like that. But the criticism stung and I decided thereafter that I didn't need to write her speech phonetically in order to make her look stupid.)