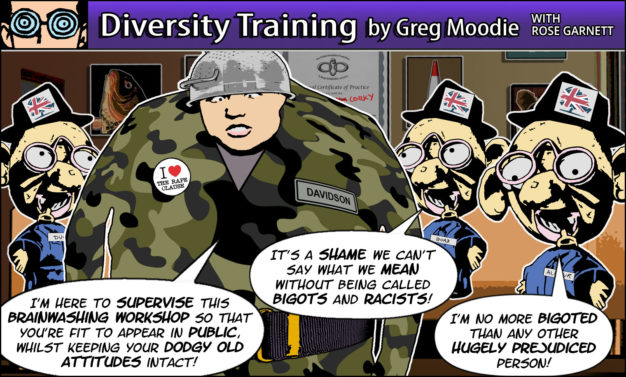 Share on TwitterShare on FacebookShare on Pinterest
Two suspended Tory councillors with some unsavoury views found themselves reinstated, with branch manager Ruth Davidson promising they would be undergoing 'Diversity Training'. Meanwhile, Tory MP Douglas Ross had to apologise after saying his number one priority as PM would be to bring in "tougher enforcement against gypsy travellers".