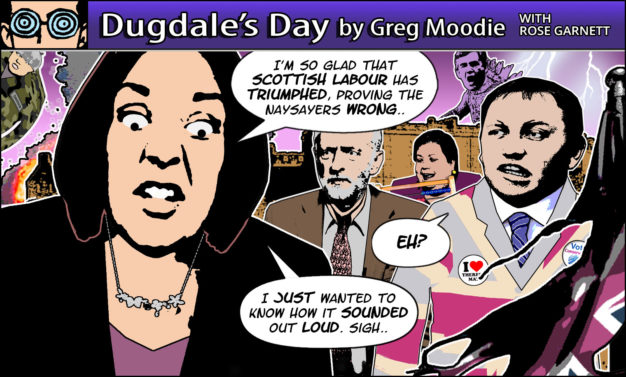 Share on TwitterShare on FacebookShare on Pinterest
In the week that Wings Over Scotland announced a defamation action against Kezia Dugdale, Labour's Scottish branch manager was all over the news and social media. We decided that the court case was not something we should comment on and instead focused on the story that some Yes voters were apparently shifting to Labour.