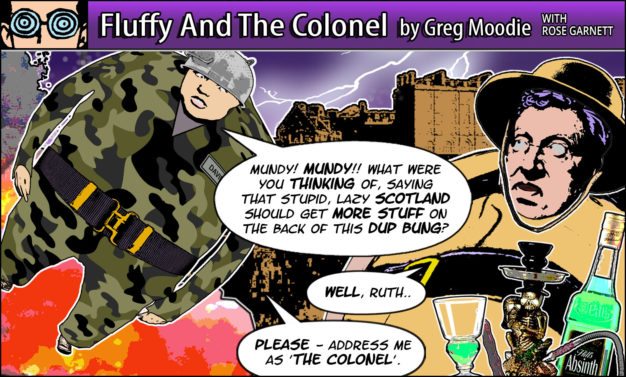 Share on TwitterShare on FacebookShare on Pinterest
In a bizarre and inappropriate move, Ruth Davidson was made an honorary colonel in the armed forces. And speaking of inappropriate, Davidson signed off for her holidays tweeting a racy picture of X-Files star Gillian Anderson. And whilst the DUP secured £2bn from Westminster, the Scottish Conservatives secured.. the removal of a flag.