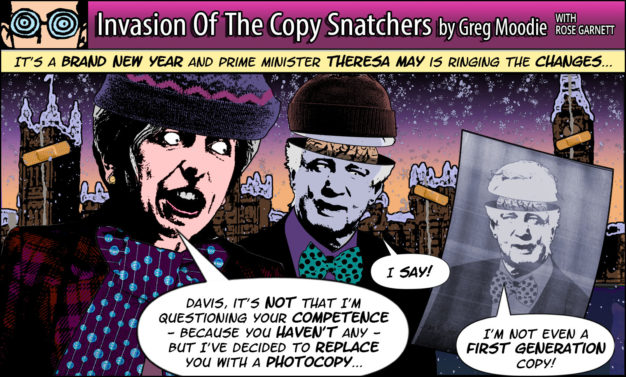 Share on TwitterShare on FacebookShare on Pinterest
It was rumoured that David Davis had been sidelined in his role as Brexit negotiator and replaced by a civil servant, Olly Robbins, who looks oddly similar. Meanwhile it was revealed that Scotland In Union had coordinated an extensive letter writing campaign to the compliant Scottish press.