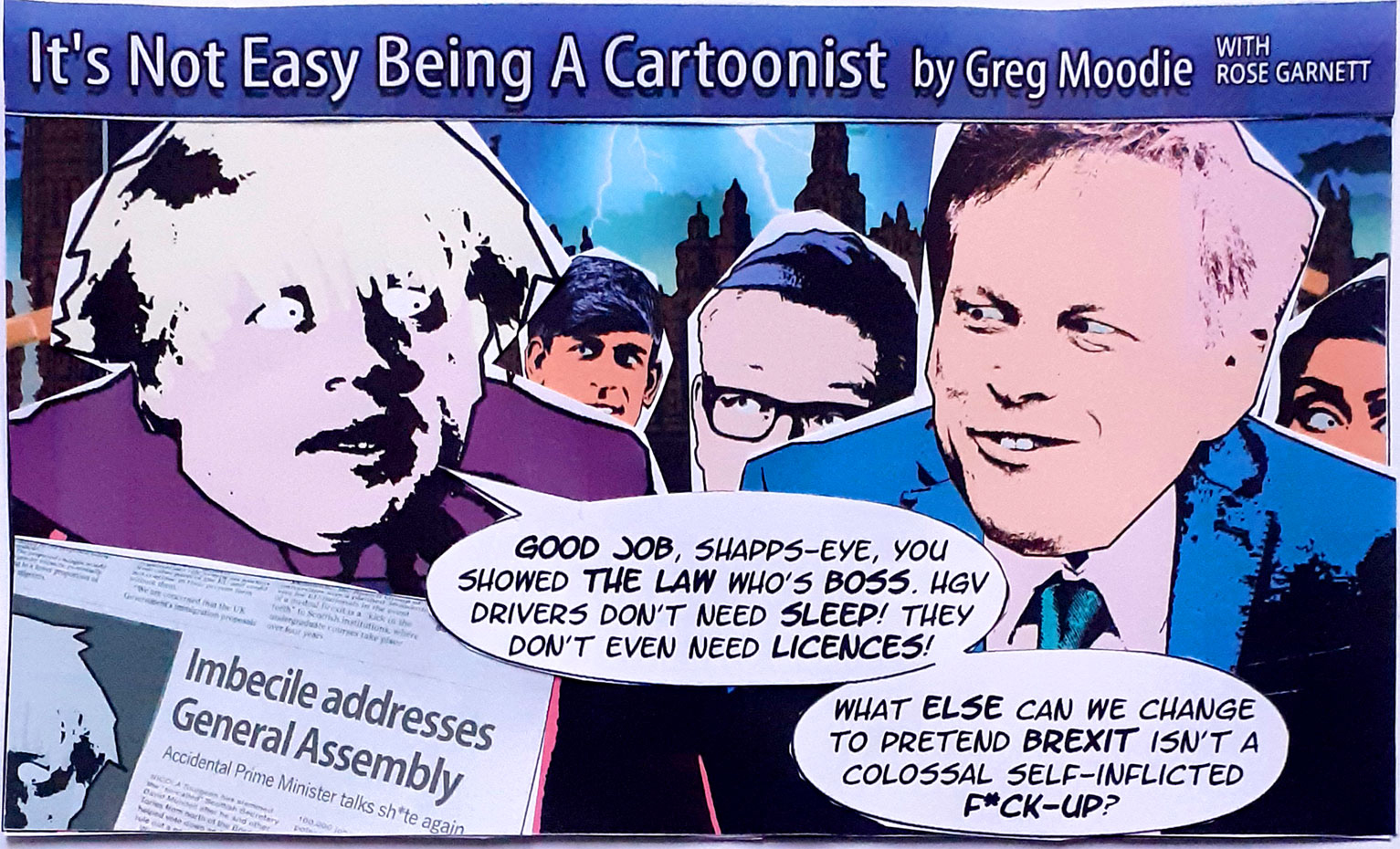 Share on TwitterShare on FacebookShare on Pinterest
Boris Johnson's determination to be a clown saw him refer to Kermit the Frog's song 'It's not easy being green' at the United Nations General Assembly. The audience felt more pity than anything else. Meanwhile Transport Secretary Grant Shapps denied that Brexit was the cause of the UK's appalling supply chain shortage. In fact, he said, the lack of EU regulations allowed him to change the law to make HGV drivers' jobs more appealing to British workers. May contain Muppets.