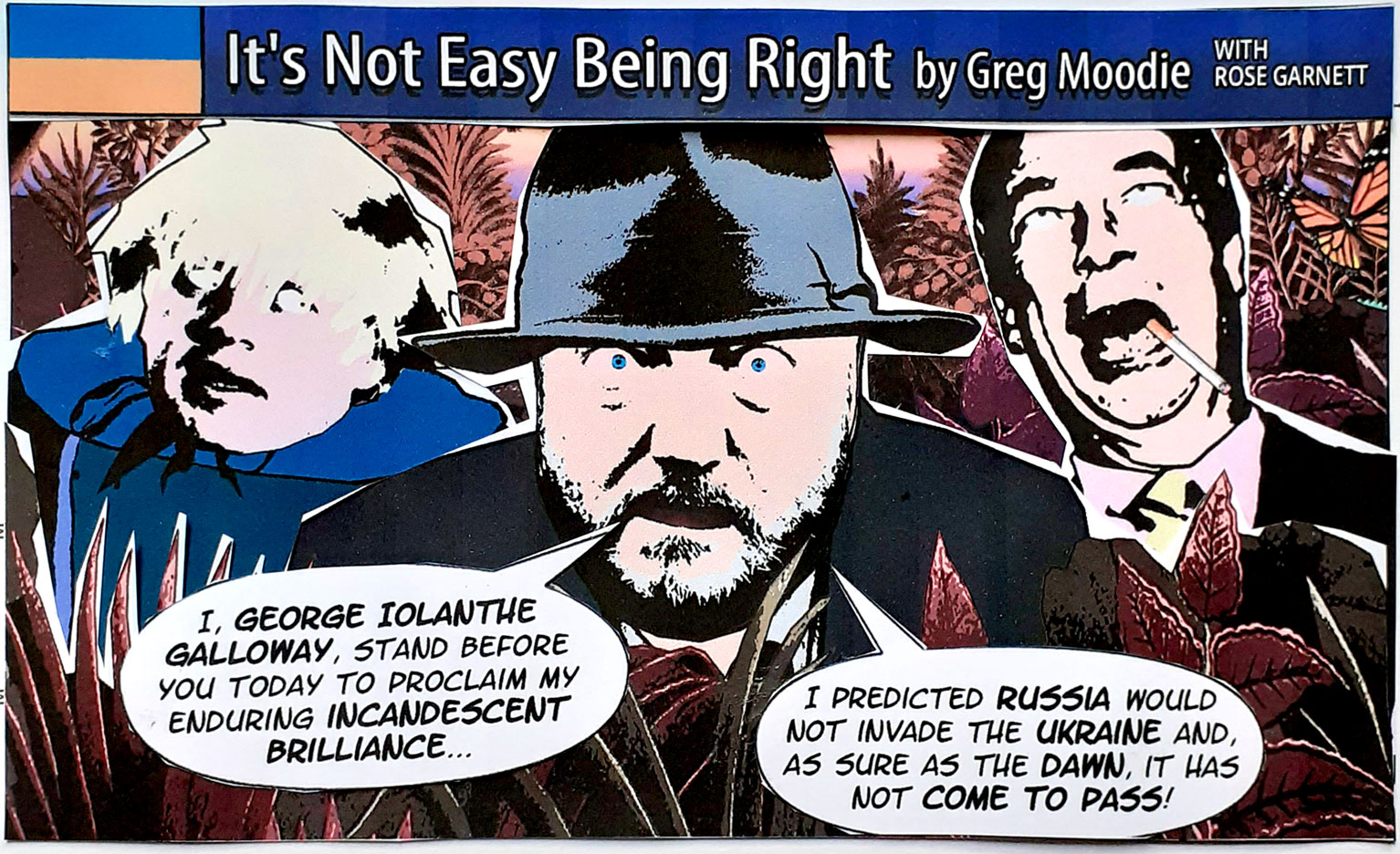 Share on TwitterShare on FacebookShare on Pinterest
These were comments made in the days immediately prior to Russia's invasion of Ukraine. George Galloway: "Y'all said Russia was about to invade Ukraine. I told you it wasn't. You were wrong. I was right. Again." Nigel Farage: "Putin doesn't want to invade Ukraine, he's trying to frighten the west." Boris Johnson: "The old concepts of fighting big tank battles on European land mass are over."