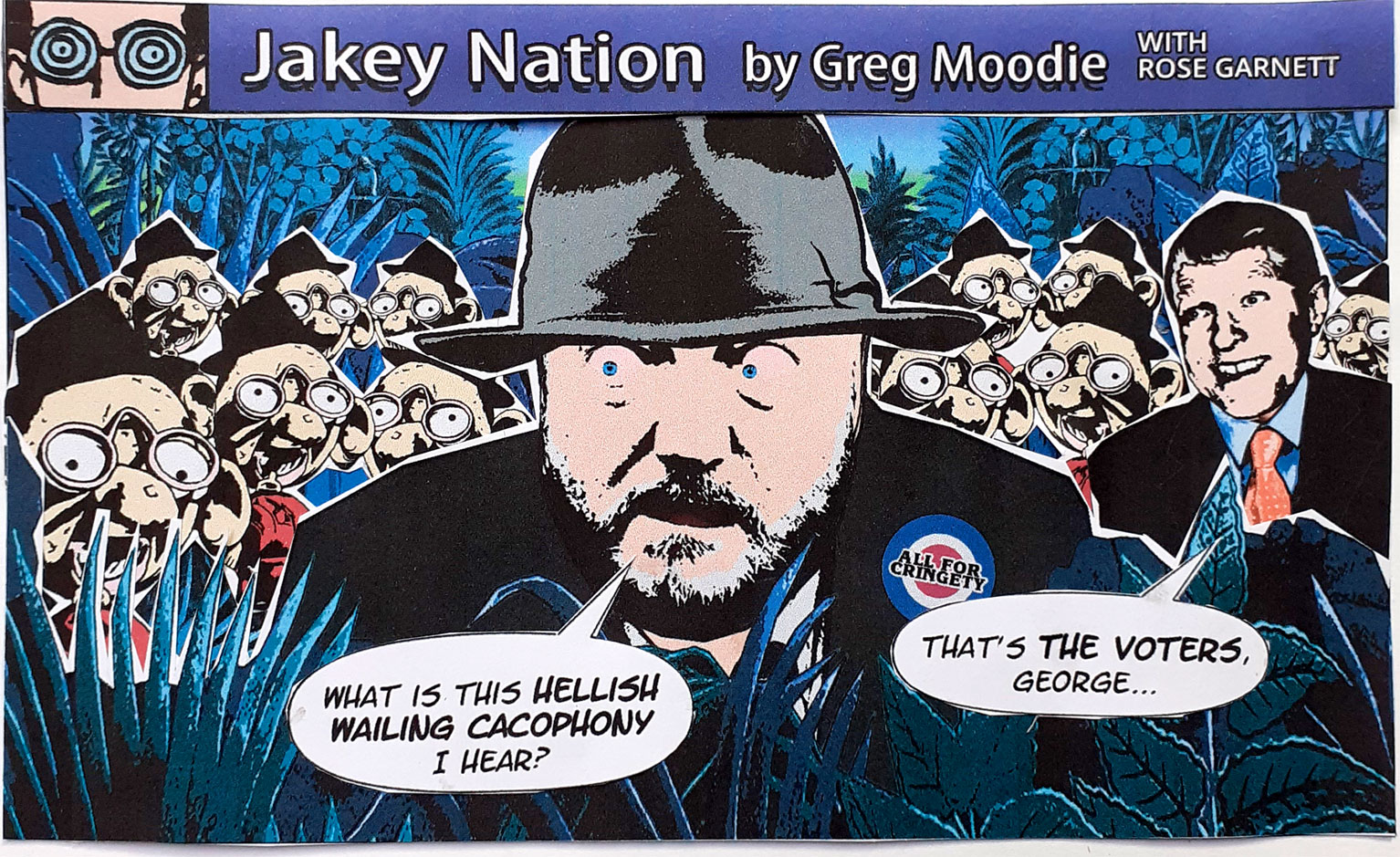 Share on TwitterShare on FacebookShare on Pinterest
George Galloway of the All For Unity party tweeted: "It’s only a snap-shot because I almost never watch it but: is it the Mission of @BBCScotland to make us look and sound like a nation of Janey Godleys and Rab C Nesbits? It’s excruciating... Most Scots neither look nor sound like that. We are a people who made it big all over the world as artists architects engineers film and television professionals - we even invented the damn thing! I’m sitting here with my wife watching jakies!" Comedian Godley hit back, saying she refused to be ashamed of her working class roots or accent. Rab C Nesbit was unavailable for comment.