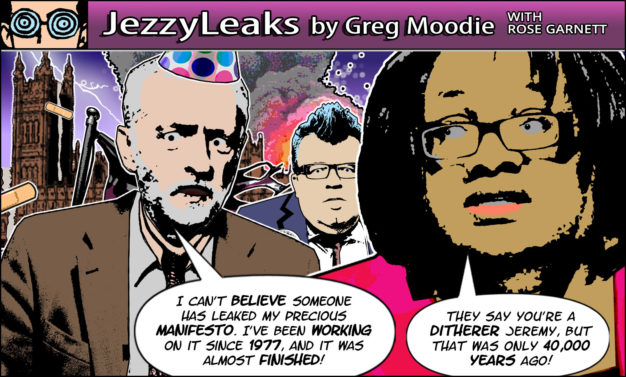 Share on TwitterShare on FacebookShare on Pinterest
Three weeks before a general election, the Labour Party appeared to be in chaos. Diane Abbott fumbled over figures, Jeremy Corbyn was forced to deny he was a pacifist, the Scottish Branch at odds with its UK leader. And somebody leaked their manifesto to the press..