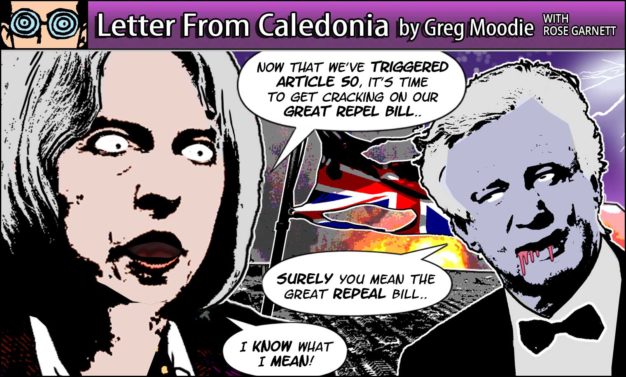 Share on TwitterShare on FacebookShare on Pinterest
On March 29th, Prime Minister Theresa May triggered Article 50, beginning the two-year process to take the UK out of Europe. The following day Nicola Sturgeon, having won the backing of the Scottish Parliament, wrote to the PM requesting a Section 30 order allowing her to hold a second independence referendum. Let the games commence.