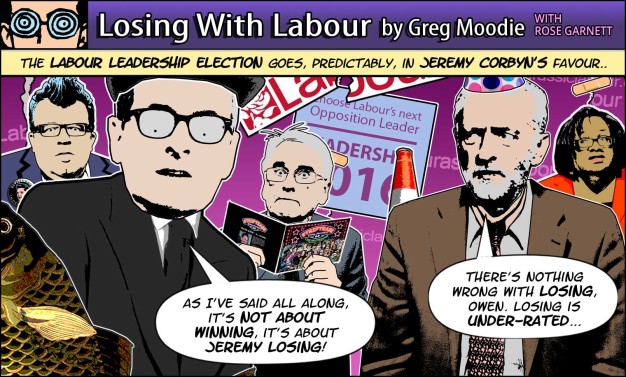 Share on TwitterShare on FacebookShare on Pinterest
Jeremy Corbyn may have been re-elected as Labour Party leader, comfortably defeating the challenger Owen Smith, but it was something of a poisoned chalice. Meanwhile, the Scottish Government avoided a defeat when Kezia Dugdale's vote failed to register. Something to do with not pressing a button..