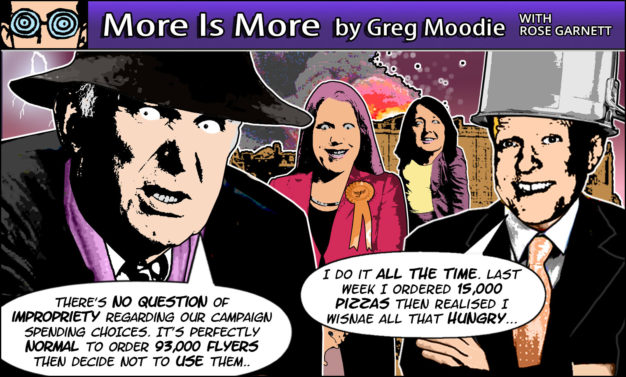 Share on TwitterShare on FacebookShare on Pinterest
Liberal Democrat MPs Jo Swinson and Christine Jardine were both facing accusations of overspending on their election campaigns, which is a criminal offence. Their defence appears to have been that many items were bought but never used - in Swinson's case, 93,000 items including 26,000 newsletters.