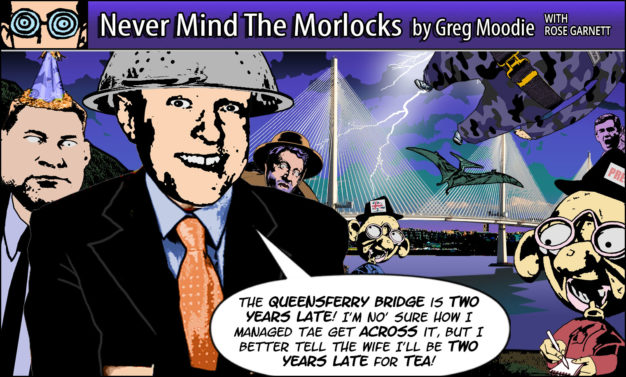 Share on TwitterShare on FacebookShare on Pinterest
Some minor roadworks were announced for the new Queensferry Crossing, which the unionist party leaders and the press decided to blow up into a disaster of epic proportions. Willie Rennie suggested that effectively it meant the bridge was “two years late”. Meanwhile the BBC was forced to apologise for presenting Tory propaganda as fact.