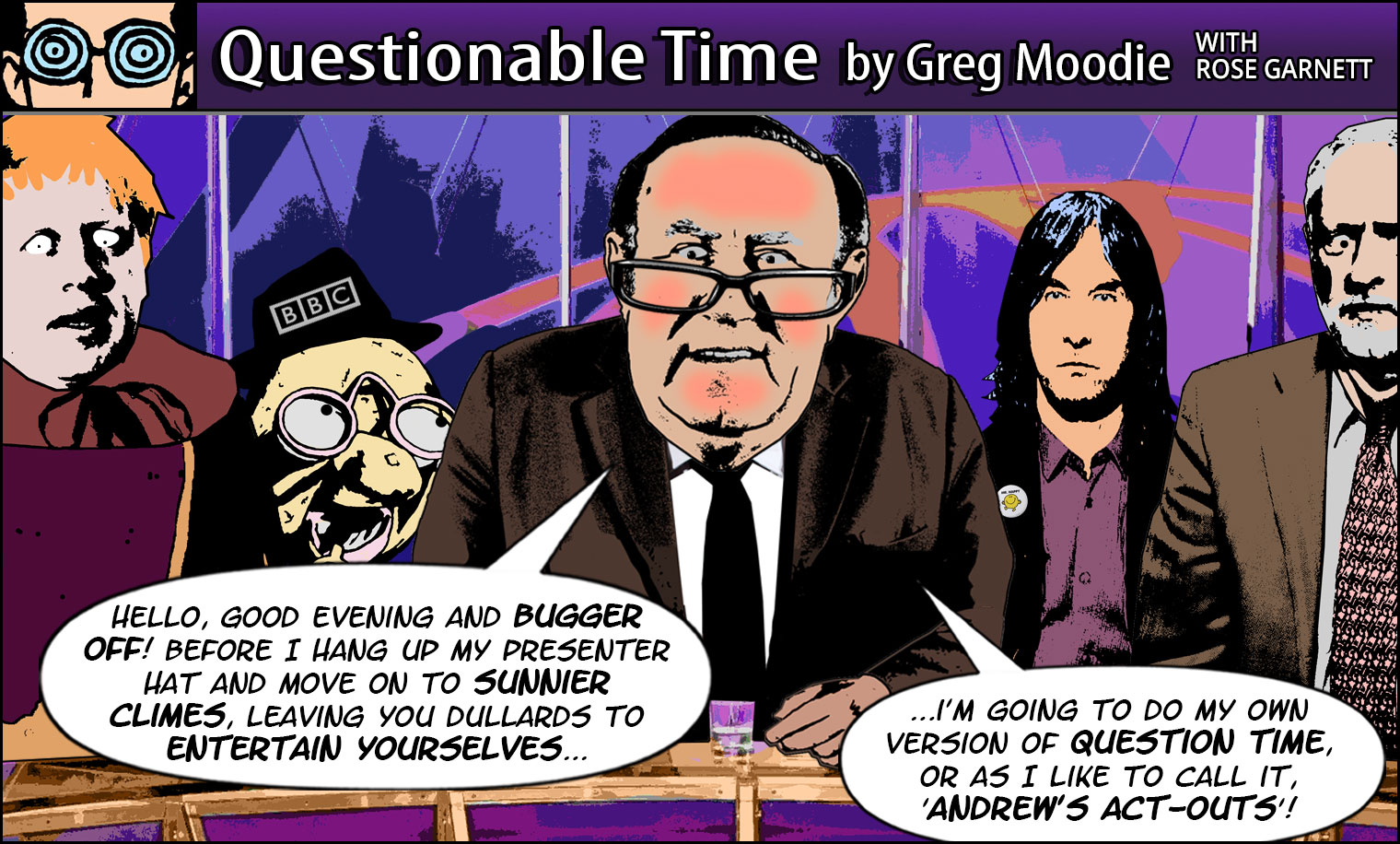 Share on TwitterShare on FacebookShare on Pinterest
As Andrew Neil announced he would step down as presenter of BBC's This Week, the BBC themselves released a lame statement regarding the failed Ukip candidate who appeared in the Question Time audience four times. And Rachel Johnson, sister of Boris, stripped off to make the point that “Brexit leaves Britain naked”.