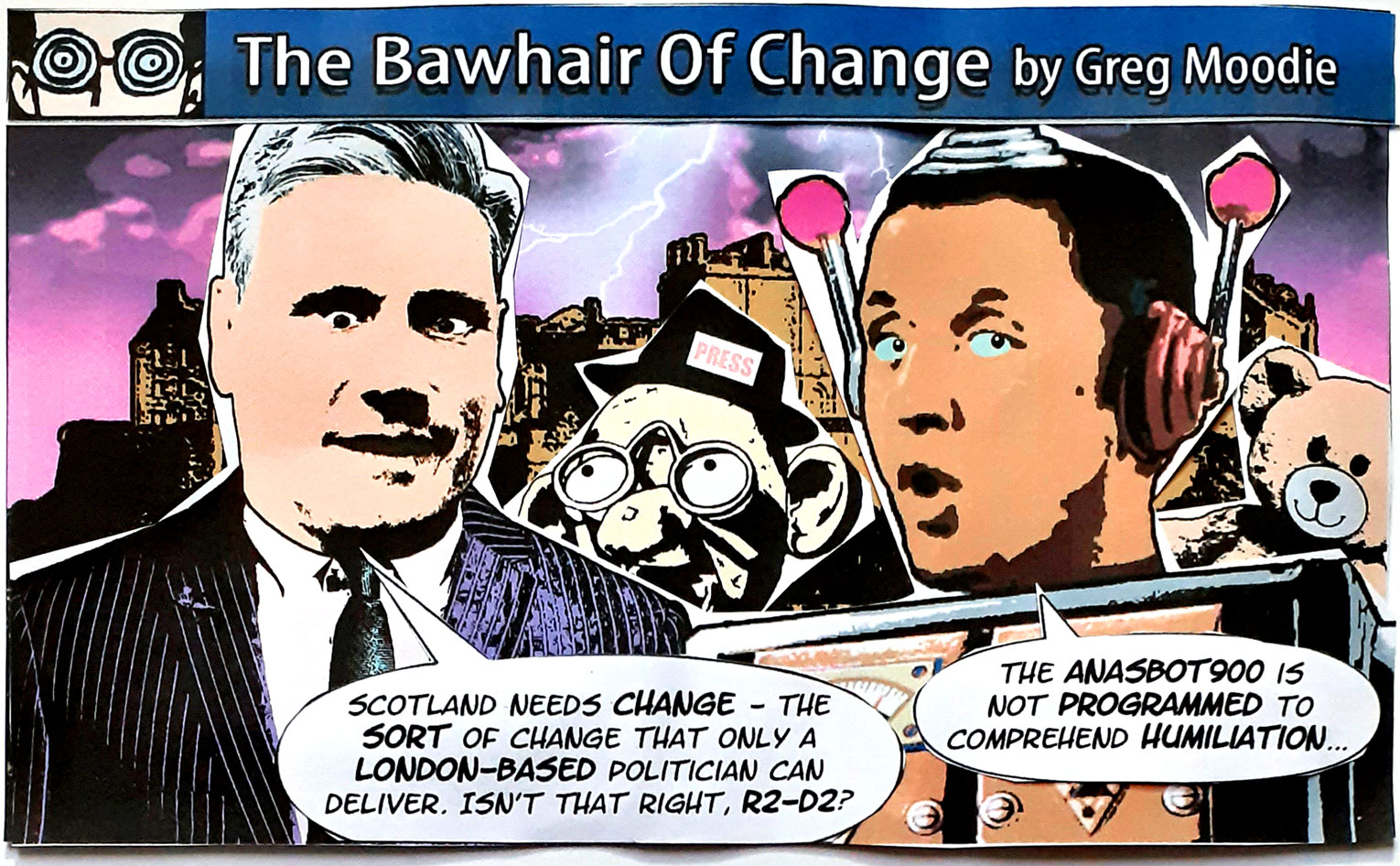 Share on TwitterShare on FacebookShare on Pinterest
Despite claiming that the so-called "vow" of 2014 had already been delivered, former politician Gordon Brown has continued to reappear regularly to promise Scotland 'federalism', 'home rule', 'devo max', 'everything short of independence'. So when Keir Starmer announced a new constitutional blueprint that will "radically shake up devolution", devised by Gordon Brown, we can be sure it's not going far. Meanwhile Nigel Farage said Starmer's views on immigration put him to the right of the Tories, and, in a largely unreported story, staff at the Faslane nuclear base had to be moved following a "serious radiation breach".