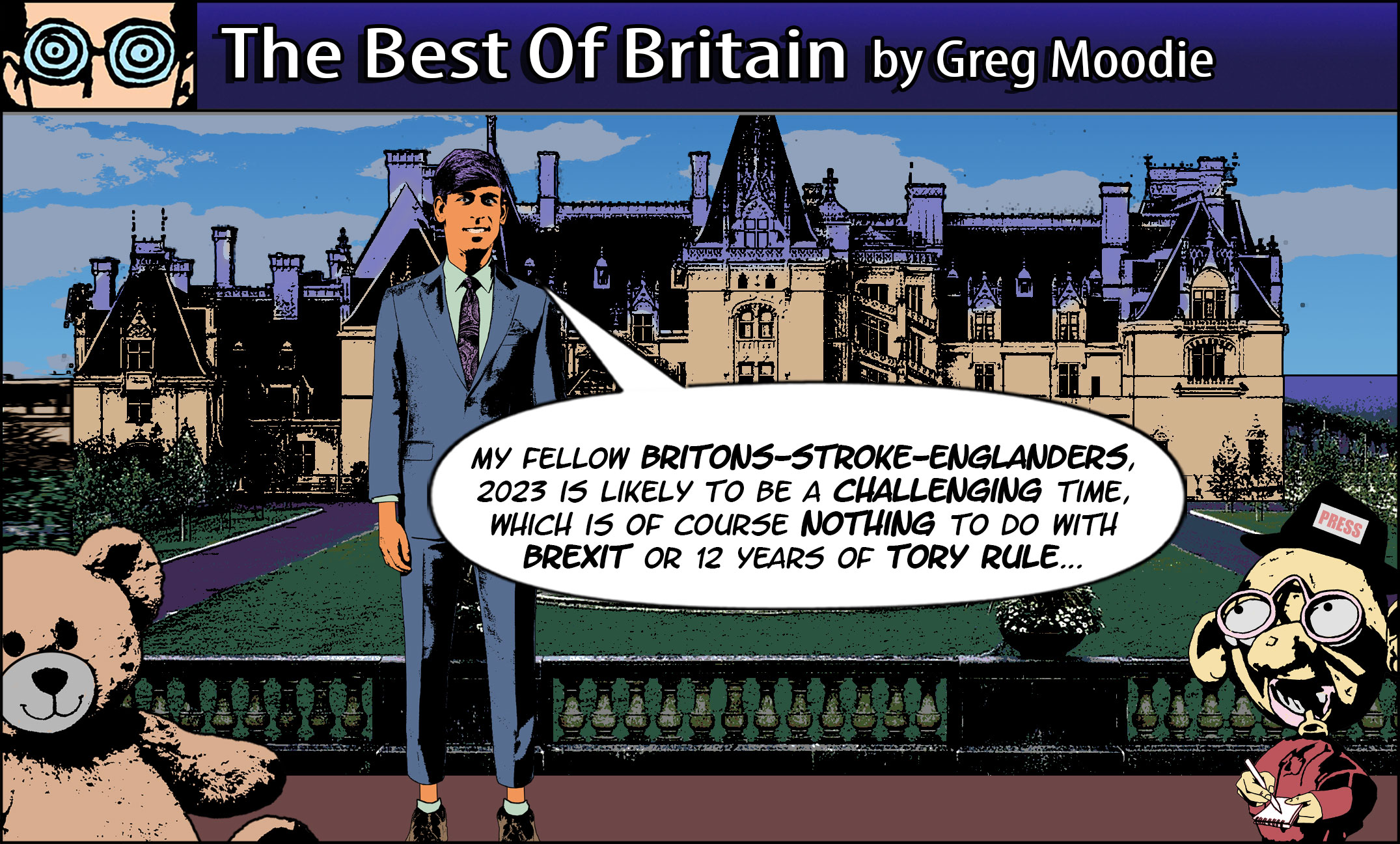 Share on TwitterShare on FacebookShare on Pinterest
In a New Year's message to the public, prime minister Rishi Sunak warned that 2023 was going to be a tough year but promised that the “very best of Britain” would be on display in the coming months. He predicted that the coronation of King Charles would bring the country together. The day before, he had helped out at a homeless shelter and asked a homeless man if he worked in business. Prior to that, he suggested that the word ‘British’ can be used as shorthand for ‘English’.