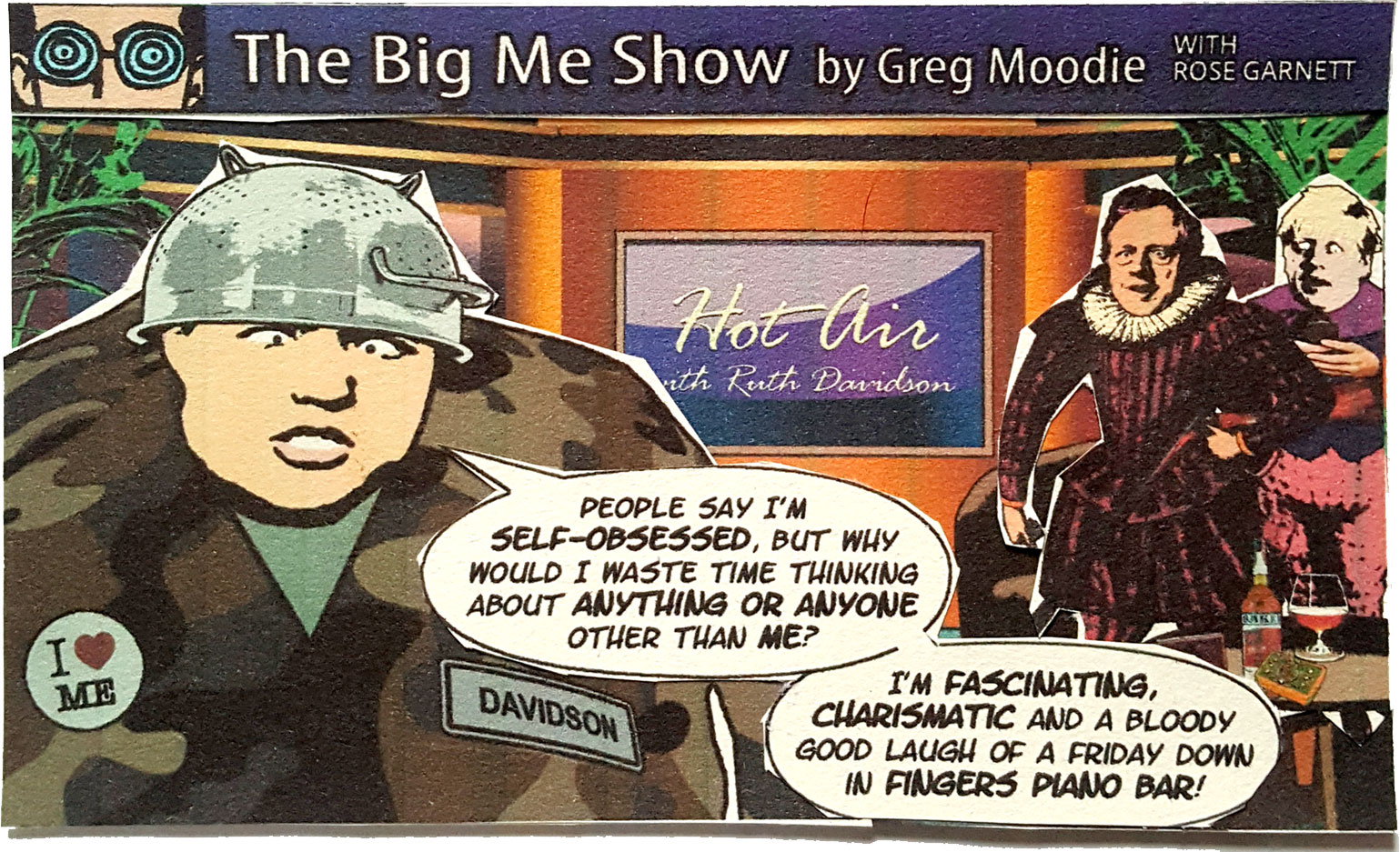 Like this cartoon? The original collage artwork is available for sale: Share on TwitterShare on FacebookShare on Pinterest
Former Scottish branch manager of the Conservatives Ruth Davidson joined LBC to present a series of talk radio programmes; Westminster's new man in Scotland Alister Jack "disagreed" with Nicola Sturgeon's comment that the UK is a voluntary union; and Boris Johnson was slated for playing with his phone while the SNP's Ian Blackford addressed parliament.