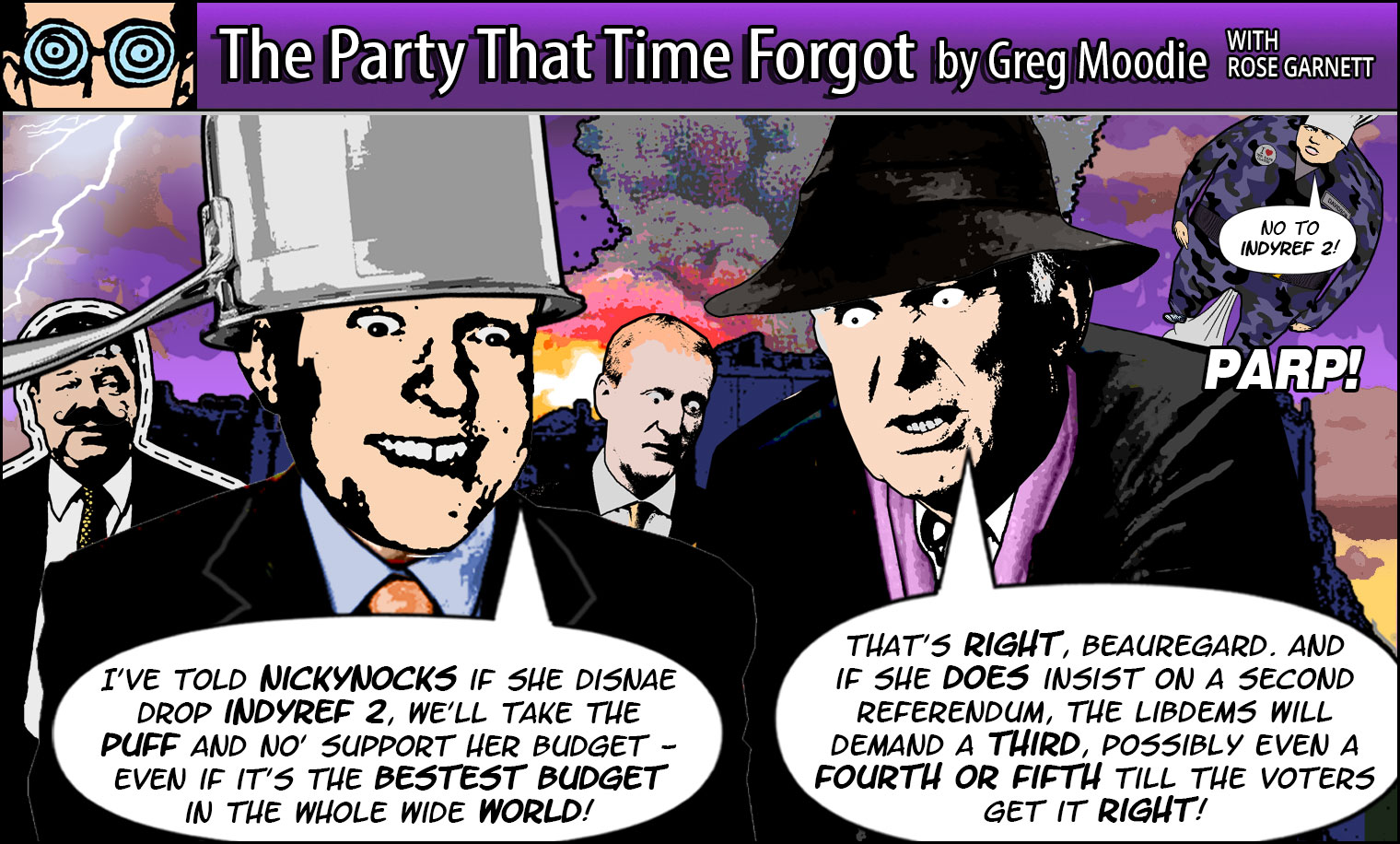 Share on TwitterShare on FacebookShare on Pinterest
Willie Rennie announced that the Lib Dems' Scottish branch would vote down the next Scottish budget unless Nicola Sturgeon dropped the idea of a second independence referendum. Meanwhile his Westminster boss said there shouldn't be a second referendum, but if there was it should be followed by a third. Go figure.