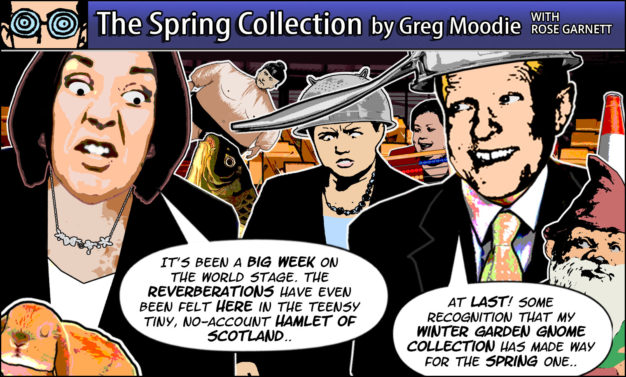 Share on TwitterShare on FacebookShare on Pinterest
It was the week of the terrorist attack outside the Houses of Parliament and, in light of the events, Holyrood suspended a debate on calls for a second independence referendum. The final vote was to take place on the 28th of March, the day before the Prime Minister would trigger Article 50, beginning the Brexit process.