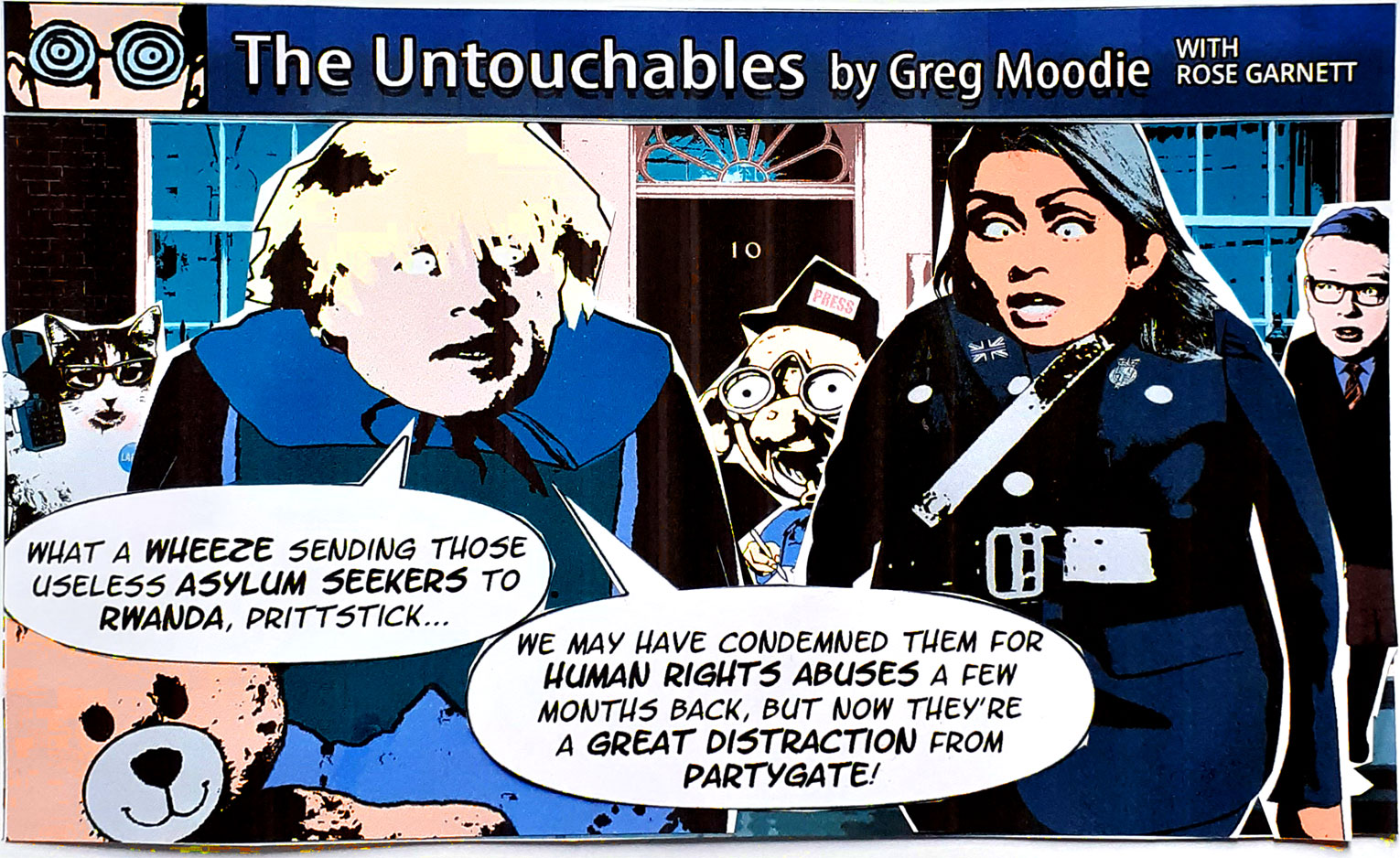 Share on TwitterShare on FacebookShare on Pinterest
As it was announced that both Boris Johnson and Rishi Sunak were amongst those given £50 spot fines for partygate breaches of lockdown rules, the UK government, under the guiding hand of Home Secretary Priti Patel, launched a scheme to process asylum seekers by sending them off to Rwanda. Meanwhile the tories' Scottish branch manager Douglas Ross, who had called for Johnson's resignation then withdrew it, squirmed when asked if he would support him into the next general election.