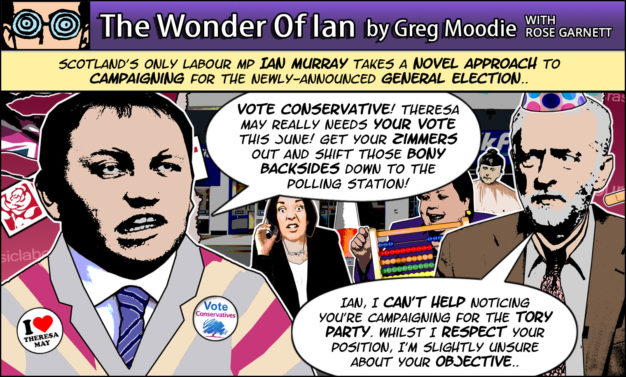 Share on TwitterShare on FacebookShare on Pinterest
Ian Murray suggested that tactical voting for the Tories was advisable to keep the SNP out in Scotland, so all-consuming is his hatred of the Nats. He also said he doesn't believe his own party leader Jeremy Corbyn can win a General Election, so it was interesting when the MP for Edinburgh South launched his campaign with "JC4PM" cupcakes..