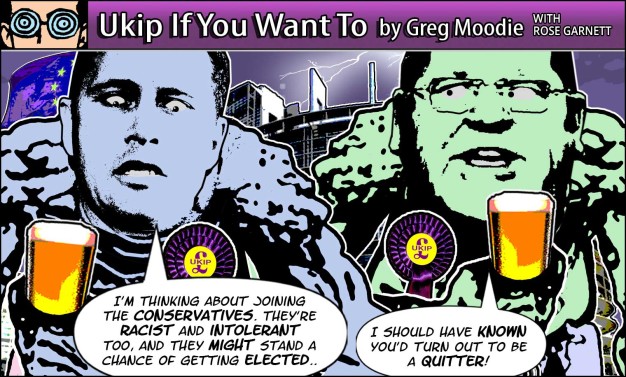 Share on TwitterShare on FacebookShare on Pinterest
A fight broke out between two Ukip MEPs, Steven Woolfe and Mike Hookem, apparently after the former suggested he may quit the party and join the Conservatives. According to Woolfe, who landed up in hospital, Hookem "came at me and landed a blow". Presumably for not being racist enough.