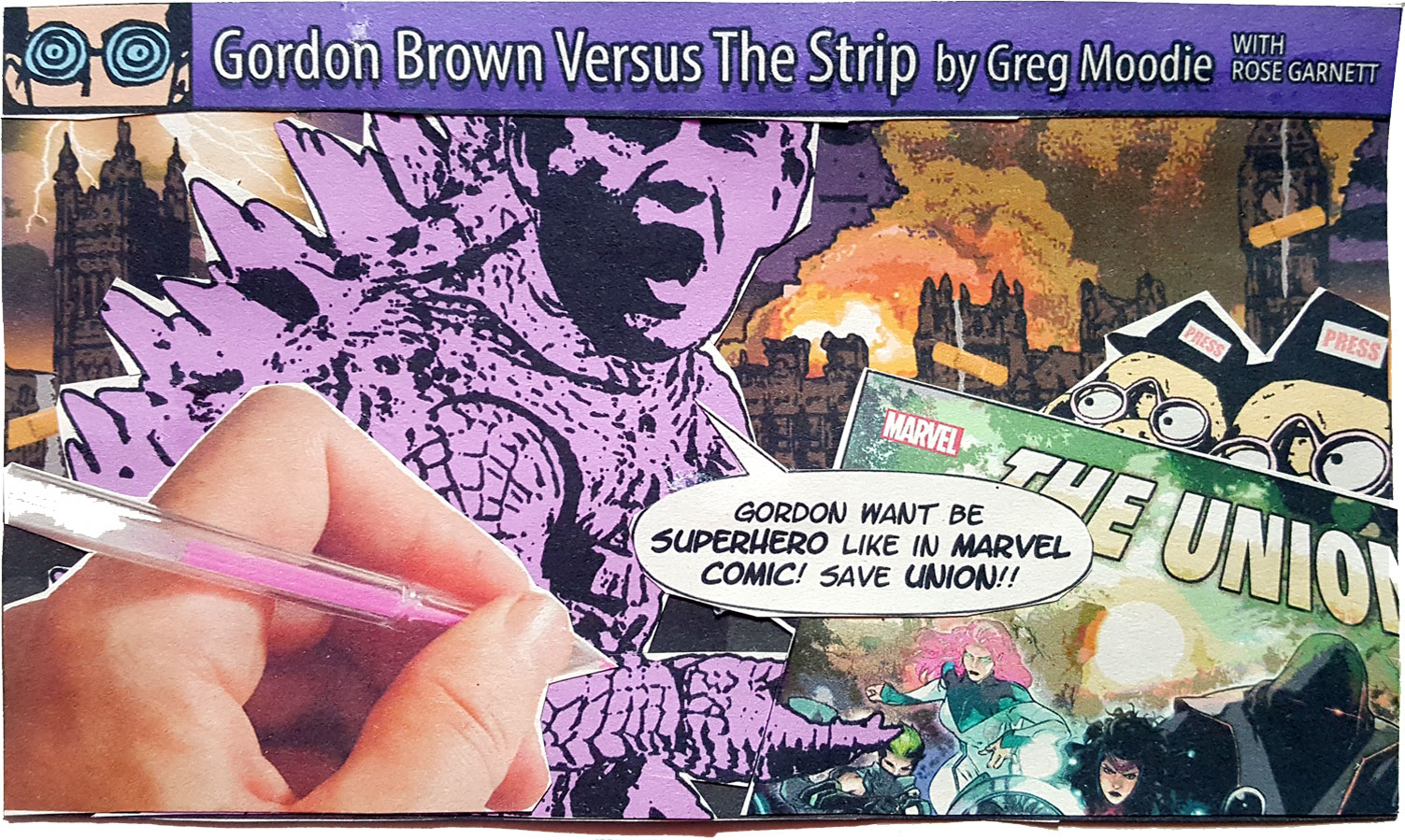 Share on TwitterShare on FacebookShare on Pinterest
Marvel Comics released a new set of British superheroes in a publication called The Union. It featured characters called Union Jack, Britannia, Snakes, Kelpie and The Choir. Independence supporters were scathing. Meanwhile, former PM Gordon Brown escaped from his enclosure and made yet another keynote speech.